The long and narrow corridor through the Lower North Shore and Northern beaches regions presented challenges for Fulton Hogan due to the congestion of utilities. The surveying, design and construction project involved 10 precincts across 30km, working 24/7. Michael Connor, Survey Manager of Fulton Hogan describes the inefficiencies of manually transferring data to the office using portable hard drives:

“You’ve got 30km, you’re working around the clock, you need to get data in and out really quickly to update models. An hour here, and an hour there to commute backwards and forwards, particularly in the Lower North Shore, it does become a nightmare.”

Another challenge for Fulton Hogan was the need to enable remote access and enhance office-to-field collaboration, which their current systems couldn’t handle.

12d Synergy on the Sydney B-Line

Michael championed the adoption and administration of 12d Synergy at Fulton Hogan, to give his surveyors remote connectivity and to enable flexible working. Michael stresses that getting buy-in from all levels is vital for successfully implementing 12d Synergy. Once this was achieved, “the migration was very very simple”, with most of it being completed within a day.

12d Synergy streamlined field-to-office and office-to-field data transfers by enabling remote access for Fulton Hogan’s surveyors. “We are just seeing these benefits tenfold. To be able to give the guys in the field the ability to access a central data environment from site is so important. The days of having to commute an hour back to the office to transfer data using USBs are long gone,” Michael says.

“We’ve got guys on site picking up data 2am in the morning. The minute they check the project in, it’s updated, the central data environment is all ready to go. So, in the morning all the data is there, and I can see exactly what’s been done”.

12d Synergy also enhanced Fulton Hogan’s collaboration by creating a central data environment that was remotely accessible. With 12d Synergy’s check-in check-out system, all updates are automatically done, you can easily see who has what open, and no one can make changes to your model while you have it checked out. Michael explains:

“We had one of our young guys doing a pick up on top of one of the car parks, I needed this turned around really quickly, so he went up there – it’s about a 30-minute drive up the coast. He did the pickup, he checked it in, the changes came straight to me in the office. I opened it up, and the data was already there.”

Michael created notifications to be sent out to the surveyors on site notifying when the project had been updated, so that they all knew that changes had been made. “Through that increased collaboration the data flow is so much more streamlined. All of these efficiencies are just popping up all over the place. From the commercial side, you are saving a lot of money”

12d Synergy also removed IT from the equation for Fulton Hogan’s surveyors: “It’s all at your fingertips. No longer are you held to ransom by your IT. You own this data, you have the admin rights.” With 12d Synergy you can easily see where the problem occurred and where the change needs to get made, enabling you to roll back the project whenever you want.

“The rollback functionality is great. If there’s an error you’ve got the ability to roll back to a particular date without having to go through IT…You can also create permissions: say you have an undergrad on the job, the data he is seeing is ‘read-only’ – he can’t go into that project and manipulate anything.”

Discover what 12d Synergy can do for you 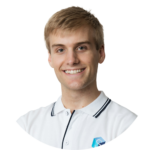 Shane leads 12d Synergy’s marketing and growth. In the wild, Shane is a shameless Meatloaf fan (both the singer and the food), with an obsession equally for the great outdoors and great spreadsheets.
Tags: data management | Intelligent Data Transfer | surveying
← NorthConnex Update: Tackling a Data Tsunami 12d Synergy Enables Civil BIM on the M1 to M3 Project for Jacobs →