We’ve Flown the Coop: 12d Synergy Becomes Its Own Company With the continued growth of 12d Synergy, we’ve decided to become our own company. What will change? Not much actually. We’re still the same great team led by co-founders Joel Gregory (CEO) and Richard Stoliar (CTO). And we’ll still be working in close partnership with 12d Solutions. We’ve flown the coop, but we’re still very much part of the 12d family. What’s changed is our Australian contact details – please read below.

It’s hard to believe 12d Synergy is already eight years old. 12d Synergy was born in 2011 to help SCIRT and the Christchurch community rebuild after the devastating earthquakes.

Since then, 12d Synergy has been used on many of Australia and New Zealand’s major infrastructure projects, including the Toowoomba Second Range Crossing, NCTIR, NorthConnex & WestConnex, the West Gate Tunnel and the Perth and Melbourne Metros. 12d Synergy has also been embraced by small businesses and even sole traders.

12d Synergy Becomes Its Own Company

With this growth and success, we’ve decided to become our own company.

This change enables 12d Synergy to focus wholly on the broader document management market. We can invest more resources creating an even better product and team to support your business’ own success and growth.

12d Synergy will continue to work in close partnership with 12d Solutions. We’ve flown the coop, but we’re still very much part of the 12d family. Don’t worry, we’ll come back to the nest from time to time – but mostly to raid the fridge and drop off our washing!

Well not much actually. We’re still the same great team with the same dedication to you. We’ll continue to be led at the helm by Joel Gregory – now Chief Executive Officer – and Richard Stoliar – now Chief Technology Officer .

The new company does however mean new contact details. (Let’s quickly get the boring practicalities out of the way, shall we?)

Important: New Zealand users will continue to go through 12d Synergy NZ Ltd with the existing details. The NZ contact details have not changed. 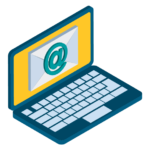 Don’t forget to add us to your contacts. Phew! With all that dull contact stuff out of the way – let’s talk about some more exciting stuff!

With record growth for both 12d Synergy and 12d Model, the Ranch (12d’s HQ) was quickly becoming packed to the rafters. Did you know we now have over 20 staff dedicated to 12d Synergy across Australia and New Zealand? We’ve moved into a new office space in Frenchs Forest on Sydney’s Northern Beaches. We’re only 30 minutes away from the Sydney CBD. 12d Synergy becoming its own company marks an end of an era, but also opens the door for an incredibly bright and exciting future. We’ve got some incredible features coming in Versions 4.3 and 5, and we can’t wait to share them with you! We’ll be launching V5 at the 2020 12d Technical Forum in August next year.

We would like to extend our sincerest thanks to 12d Solutions, all our 12d Synergy users and the broader 12d community for your continued support as we spread our wings.